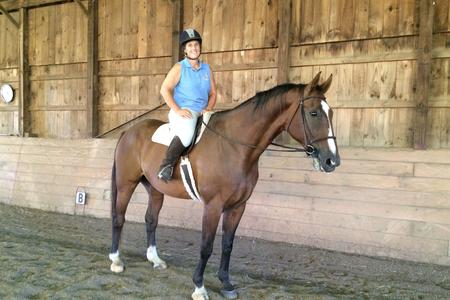 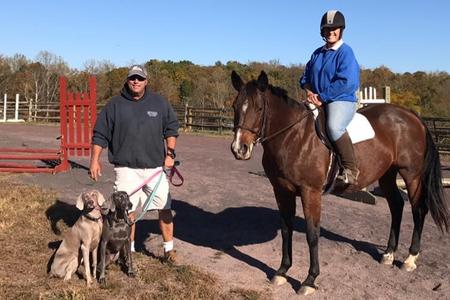 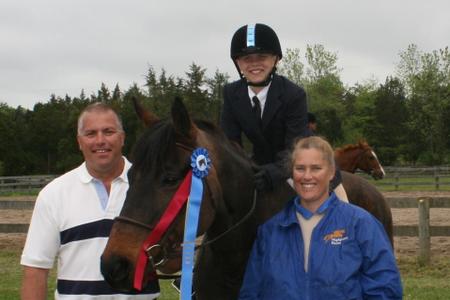 I began riding over 30 years ago, and in my early teens, represented Bay Ridge Equestrian Center under the direction of Sandi Ward Deisterhoft.  In 1981, I acquired my first Thoroughbred off the race track, who was injured at the time.  Upon convalescence and "deprogramming", and intermittent coaching from Katie Monahan Prudent, he later went on to successfully complete two Grand Prix Level Showjumping competitions.

After four years, in Blacksburg, at Virginia Tech, I returned to Northern Virginia and opened Highpoint Farm.    I began instructing people and training horses, in 1988.

Currently, we are in Rixeyville, where we have a wonderful facility, overlooking the Blue Ridge.  We specialize in "deprogramming" TB ex racehorses, and we have many wonderful school horses to accommodate, all levels of riding ability. 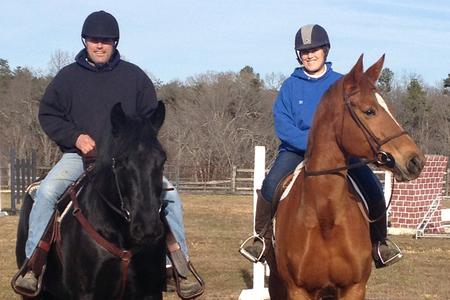 I have an amazing support system in my husband, Jerry, affectionately known as "Mr. Highpoint", and our 18 yo son, Trey, who is headed to California, for college, in the Fall.